Posted on March 6, 2019 by artexplorerscreative

We began our new ‘Landscape’ topic last week.  We kicked off with a stand alone session (around 45 mins to 1 hour) to introduce the children to the idea of landscape drawing, perspective and colour mixing.

The children worked in pairs at first and were given a print out of a landscape scene that had been cut into eight strips.  They arranged the strips so that it made a complete picture and then push every other one up slightly.  One child took the strips which had been pushed up and the other child took those that remained.  They then arranged them on a sheet of A4 paper, leaving gaps between each one (remembering to keep them in the correct order!).  Once they were happy with the arrangement they glued them down using Pritt Stick.

The next stage was to use pencils to roughly sketch in the missing lines.  They looked at the mountains and imagined the shape of those that weren’t there so that they all joined together.  Then they did the same for the shore line, tree line, clouds and rocks.  We tried to keep this part quite brief so as to leave time for the fun colouring bit.  Once most children had their outlines sketched in I took them through how to use water colour pencils.  Again, I kept this quite short as one of the purposes of this session was for the children to experiment themselves. 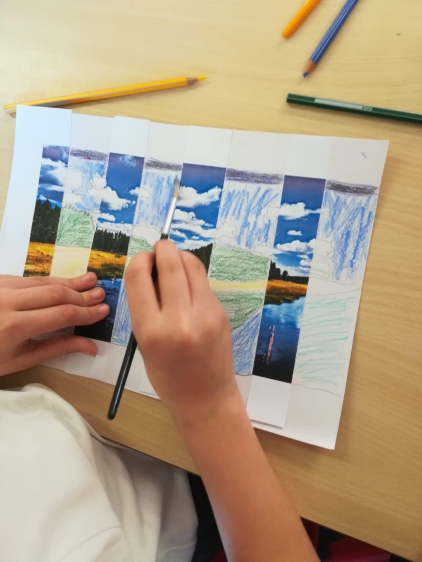 They set to with the pencils, using different shades and tones to build up colour to match the strips on either side.  They experimented with using black to darken a shade and found that this needed to be done with a lightness of touch!  They also found that sometimes colours occurred that they would not necessarily expect, for example, purple in the sky or yellow in the grass.  It was a bit of a rush to get them finished in one session but I think they have done a great job! 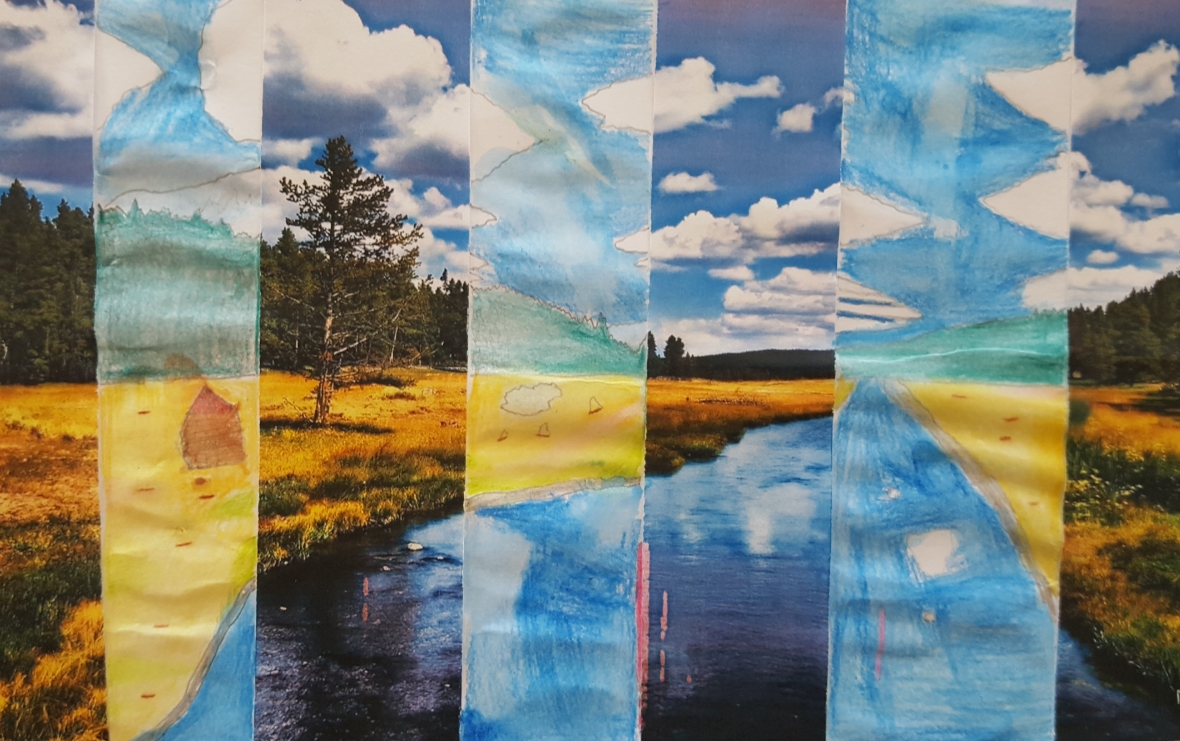